Welcome to Ringwood Football & Netball Club - Home of the Redbacks

Thursday nights at JubileeCome down for a bite to eat and hear the awards from the previous week and also the teams for Saturday's games.On the menu this weekMichael Burmeister's famous meat loaf with chips and dessert.

Round three saw us head to Heathmont on Friday night for our now annual ANZAC clash.We started the first quarter the way I had hoped. We were bringing great pressure around the contest and our ball movement was good. From this we were able to kick the first goal of the game. Unfortunately some mistakes by us cost us as Heathmont were able to kick the next 3 goals and go 10pts up at the first break. The second quarter by us was not ideal as we continued to make some fundamental mistakes, as we allowed Heathmont to dictate the game and allow them to run the footy. To our back six’s credit they were able to defend the back half of the ground and continued to get the ball forward. Unfortunately we continued to bomb the ball into our forward half and that was playing into heathmont’s hands. They kept us goalless and they kicked two to go 22pts up at the half.We needed to get back to the basics in the third quarter and start to get some flow with our ball movement. Heathmont kicked the first of the quarter to stretch the lead to 28 points but as the quarter went on, we started to really lift our pressure around the contest and we started to move the footy with real purpose as we chipped away at their lead and we went to the last change 10 points down.The last quarter was really played on our terms as we kept applying our pressure around the contest. Our ball movement was back how we wanted it which was putting pressure on Heathmont’s defence. This allowed us to kick 4 goals for the quarter and whilst keeping Heathmont goalless as we ran out 13 point winners.It really was a great turnaround after half time which once again showed our belief in each other.Go Redbacks!!Brett RoweSenior Coach

Keep an eye out for upcoming social events and functions at the club.The Footy Ball will be hosted at our sponsor The Bungalow in their rooftop event space - Hyde. We're super excited about this years event so keep an eye of for ticket information.

Full events calendar will be released in the coming weeks, but to be sure you don’t miss out get these dates in your diary!

We're back!!Get down to Jubilee Park and watch us run out for our first game of the year!@ 10:40amGo Redbacks!! Darren AshcroftWomen’s Senior Coach

This week saw us play Heathmont away and with both teams yet to get a win, this was a great opportunity for us to put our first one on the board.The first quarter we got off to a good start, with most of the quarter played in our forward half giving us every opportunity to hit the scoreboard and get on top early. Although we had all the play we just couldn’t find the goals, kicking 1.4 and with a late goal against the run of play to Heathmont, we found ourselves going into quarter time with just a 2 point lead.The second quarter was every much similar to the first. Pleasing sign was our ball movement from our back half, our back six were excellent limiting Heathmont's ability to score. We started to link up well through the middle and giving our forwards every opportunity but again we couldn’t find the goals as much as we would of liked kicking 2.5 but extending our lead to 12 points.At half time our focus was on playing out the four quarters and not to drop off with our intensity and pressure around the ball. We knew if we did that we would be able to stay on top and eventually wear them down. Although we were challenged at times we were able to keep extending our lead, kicking 7.10 in the second half to eventually run out 37 point winners.   It was very pleasing to see the guys play out the four quarters and get the reward they deserved for their efforts. We look forward to getting back at home next week to take on South Croydon.Goal Kickers: J. Broad 3, T Murfett 2, J Broad 2, J. McCarthy, A Heath, B BizleyBest Players: Jacob Broad, L Stewart, T Murfett, A Heath, Jeremy Broad, J McCarthyGo Redbacks!! Adam WaughUnder 19s coach 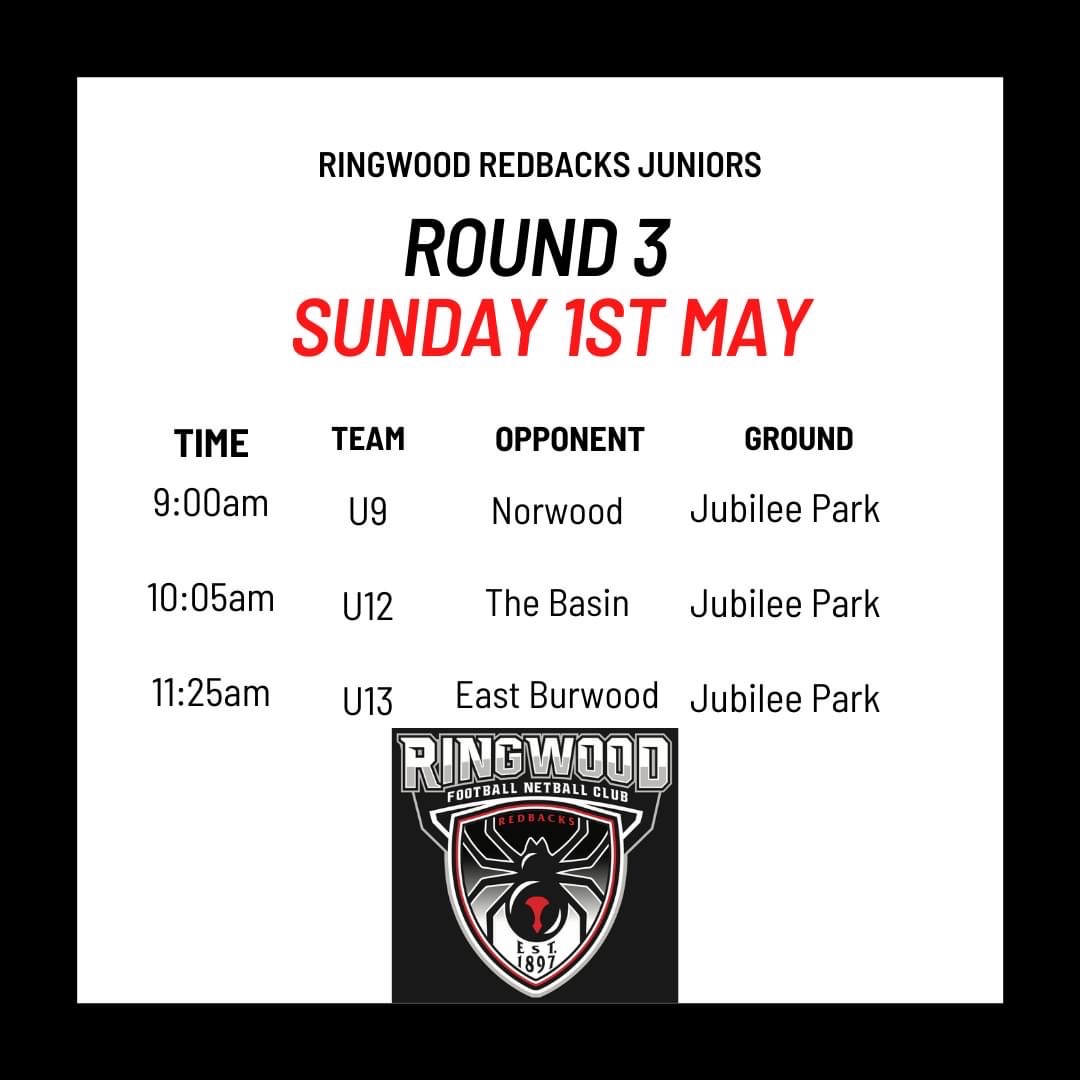